Finally comes to the work that applied the paint I talked about so much.

The first stage of this piece, right after a two-days effort of drawing accurate outlines, some basic colour were put on to shape the relationship between light and shadows briefly. This technique is actually learned from classical oil painting method, and I found it very convenient when several materials are applying to watercolour paper especially when there is paint that not as transparent as Winsor Newton’s. But still, Winsor Newton is my trust-most brand for solid watercolour paint.

The self-made material was at its most mature moment during the producing of this piece. When I mixed some egg white into the previous recipe, even traces after washing will be gone! That was some exciting discovery or an eventually self-learned moment of a technique that already be used for, like, centuries. 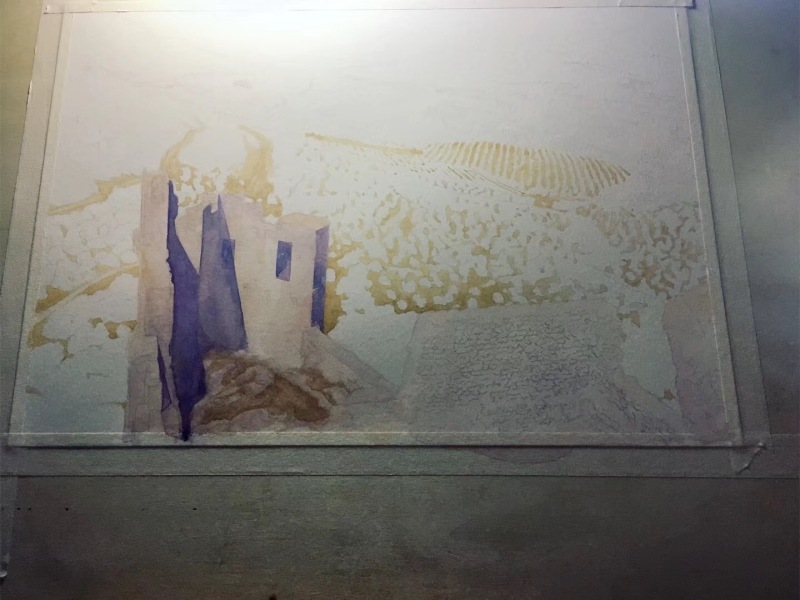 As you can see in the image below, the colouring started from the bottom-left corner. I usually would not choose the position to begin painting just because of which hand I use, and I typically start on the part which interests me the most. I used yellow – purple, a perfect starter for a warm tone, to portrait the fundamental relationship between light and shadow.

Then started putting colours, bit by bit, starting with the part interested me the most, the plant. I always love painting plants. 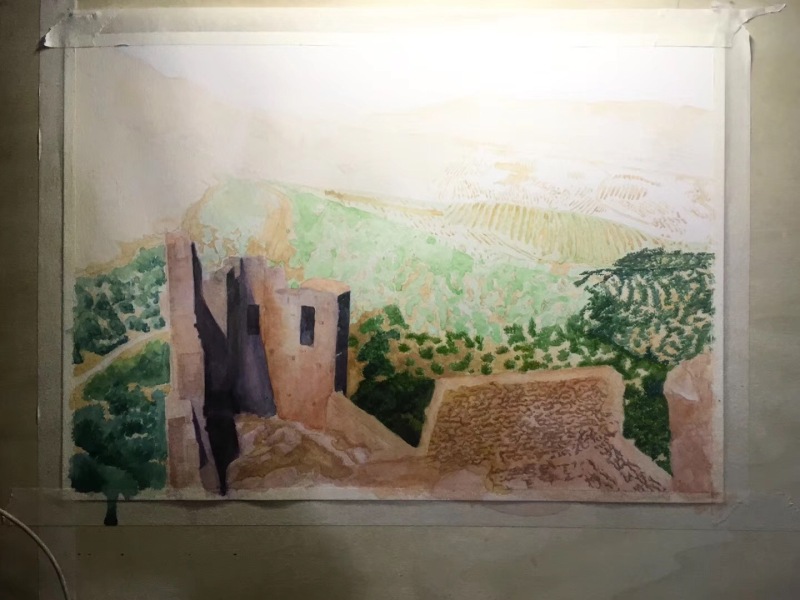 Then realised the part on the right side of the castle is rather…ugly, so I started washing off the self-made watercolour. It looked like.. 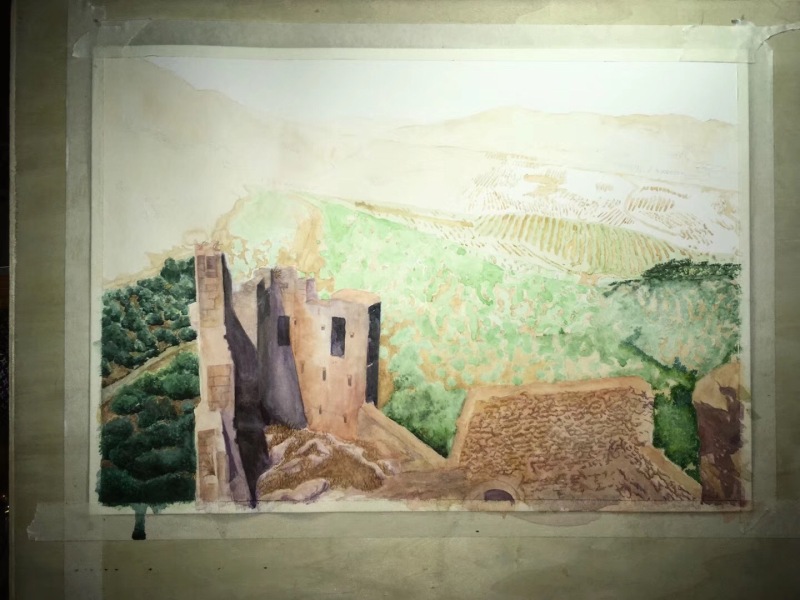 Da-da! As you can see, the soil returned to the status after putting basic colours. I left some bits of olive trees because I think these dark bits could be used afterwards. Then repaint…

Much better, to my point of view.

Then after a two-weeks-long repeating of paint the paper wet, wait for it to be dry… I have to say, humidity of south-east China has always been a challenge when I paint watercolour. Maybe the difficulty is due to the lack of wet-on-wet watercolour techniques, but somehow the technique can barely charm me.

And a proper photoshooting has brought me the final outcome. 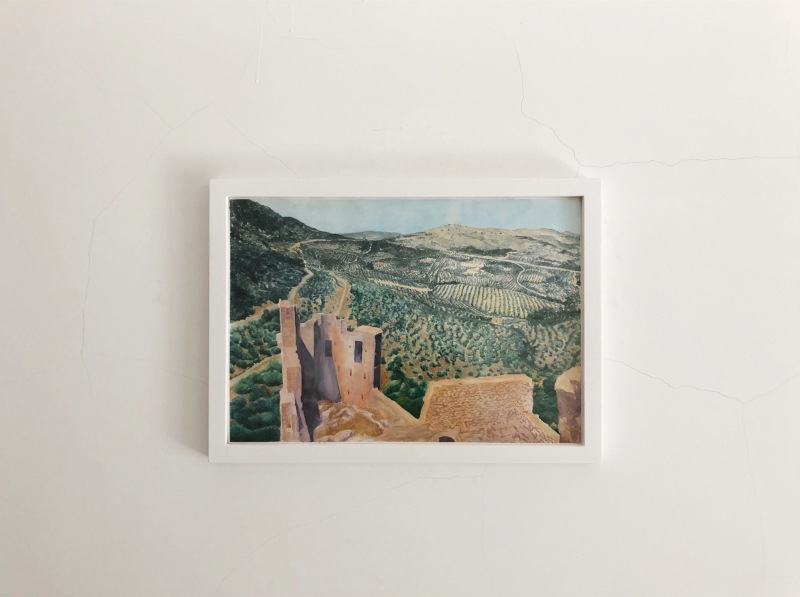